For R’s birthday I decided to book us a holiday to Tromso, a lovely little city in Norway that sits inside the arctic circle and has an average January temperature of -3.5 degrees. The sun ‘rose’ at about 11.30am and ‘set’ at about 2pm-ish. I say rose and set, but Tromso was just emerging from polar night and from the city it was actually impossible to see the sun at all, due to some rather large mountains.

The flight out was fine. It takes about 3 hours to get to Tromso from Gatwick so, aside from the fact that I hate Gatwick airport, the journey was relatively pleasant. The front row, which I had been unable to book online, was unoccupied, so we summoned the stewardess, pointed at R’s beanpole legs and were summarily moved to more spacious surroundings. The vegetarian meal was ominously inedible, but I failed to pick up on the hint. Norway is not really very good for vegetarians. We found a couple of good restaurants during our 4 night trip, but even the hotel restaurant (at the Radisson Blu, an international hotel chain FFS) didn’t have any vegetarian food on the menu. Like, nothing at all. Thank god the breakfast buffet was so well stocked (and not very well attended – I spent the entire trip with bananas and muffins stuffed into my pockets).

I fell asleep on the plane. By the time we arrived it was fully night time and we were greeted by snowbanks and a small flurry of flakes. Nothing too dramatic. Not being able to see Tromso at that point meant less wow and more it’s bloody freezing let’s get to the hotel as quickly as possible. Our room overlooked the harbour and should have had a spectacular view of the aforementioned mountains. Except, it was always bloody dark, and when it wasn’t we were not in the hotel. So I needn’t have bothered. The hotel room was fine. The floor contained someone’s discarded water bottle, the bed came in 2 halves and when we went to tell someone that we hadn’t ordered either of those things, we found out the phone didn’t work. But we got some free prosecco as an apology, so that was fine too.

Our first tour was a semi-private jaunt out to see some nature and wildlife. We saw no wildlife, but we did see a lot of nature. Our tour guide, Adrién, was French and charming. He plied us with homemade cheese sandwiches, hot chocolate and biscuits, and gave us a spectacularly detailed introduction to Tromso and its surrounding environs. Despite the lack of wildlife (one white-tipped eagle coasted purposefully overhead), the trip was amazing. Entire lakes were frozen and buried under several feet of snow. Solitary wooden houses glowed warmly in the foothills of white mountains. Salmon farms dotted the sea shore and, when we stopped off to visit a beachside toilet, the water had frozen in cistern and hung down in icicles from the tap over the ramshackle sink. It was never really daylight so everything was cast in an eerie blue light that made the landscape seem silent, still and watchful. We finished the day with a snowball fight / challenge as the last of the light slowly disappeared over the horizon. Well, the others did – I have a rotator cuff injury. C’est la vie. On the way back I fell asleep in the van.

On the second day we went whale watching. And actually saw whales this time, of all things! It took us 2.5 hours to get up to the whale’s feeding ground, during which time I fell asleep on the boat. At on point we had to go past an open bit of sea and being up on deck at that time was colder than anything I have ever experienced before. Everyone was wrapped up in hats, scarves and boat onesies and the tour guide cracked jokes about how English people were mental and always the ones who were most likely to disrobe and stand at the prow of the ship yelling, but there was no way I was taking off even one of the 2 pairs of gloves I was wearing – it was bloody freezing. The whales were great but not terribly forthcoming. There were a lot of boats about, so this probably didn’t help. Despite it being January and scarily cold, the waters were really, really, busy. There were even boats of people wearing wetsuits, all set and ready to jump in the icy cold water and make friends with the orcas we could see splashing about. We didn’t get super close and I didn’t get many good pictures, but just seeing them was incredible. We also made friends with a Great Dane and his owner. The Great Dane was called Dan. What Dan and his mate were doing on a whale watching tour was a bit of a mystery, but they seemed to be having fun. Except that Dan was, as it turns out, scared to go down stairs, and got stuck for a bit on the upper deck as the boat was going full tilt back to Tromso harbour. By the time they managed to get back down they were both shaking with the cold. Luckily, they did so before the boat ran into some seriously choppy water. Half the passengers started screaming as we thudded up and down. I couldn’t stop laughing. Rough seas make me giggle – I can’t help it, it’s an involuntary reflex. After catching a few stank eyes from people who’d fallen over (why were they trying to stand up?) I fell asleep again. Are you starting to notice a pattern here? Polar night was really messing me up.

On the third day, R’s birthday, we went up to the Tromso ice domes. I fell asleep in the coach on the way up. Let me tell you something about the ice domes. They are gorgeous. But they are also not going to be around for much longer. Generally, over a season, the ice domes will get maybe 2 days of rain. This year, only a month into the season, they’ve already had 4. It’s getting demonstrably warmer, and in 10 years or so it simply won’t be cold enough for them to continue. Go watch a video about how the ice domes are made. They showed it to us when we went in and it really is fascinating.

The other thing we did while we were there was snowmobiling. So much fun! R nearly drove us into a tree. I drove perfectly (ha ha). Two pairs crashed – one of them twice – which was kinda nuts because we really weren’t going that fast. And we had to cut the trip short because of the rain problem – there had been some avalanches up on the mountain due to the rain loosening up the snow, and so once we got up there our guide assessed the situation and decided there was a chance we’d bring the whole lot down on us if we carried on. So back we turned. Still though – incredible. Every second was worth it. We would have loved to have had more time, so we’ve stuck a pin in it to have another go on our next winter holiday.

We were also supposed to feed some reindeer but it turns out they all had eye infections. And I fell asleep on the coach on the way back. Of course. 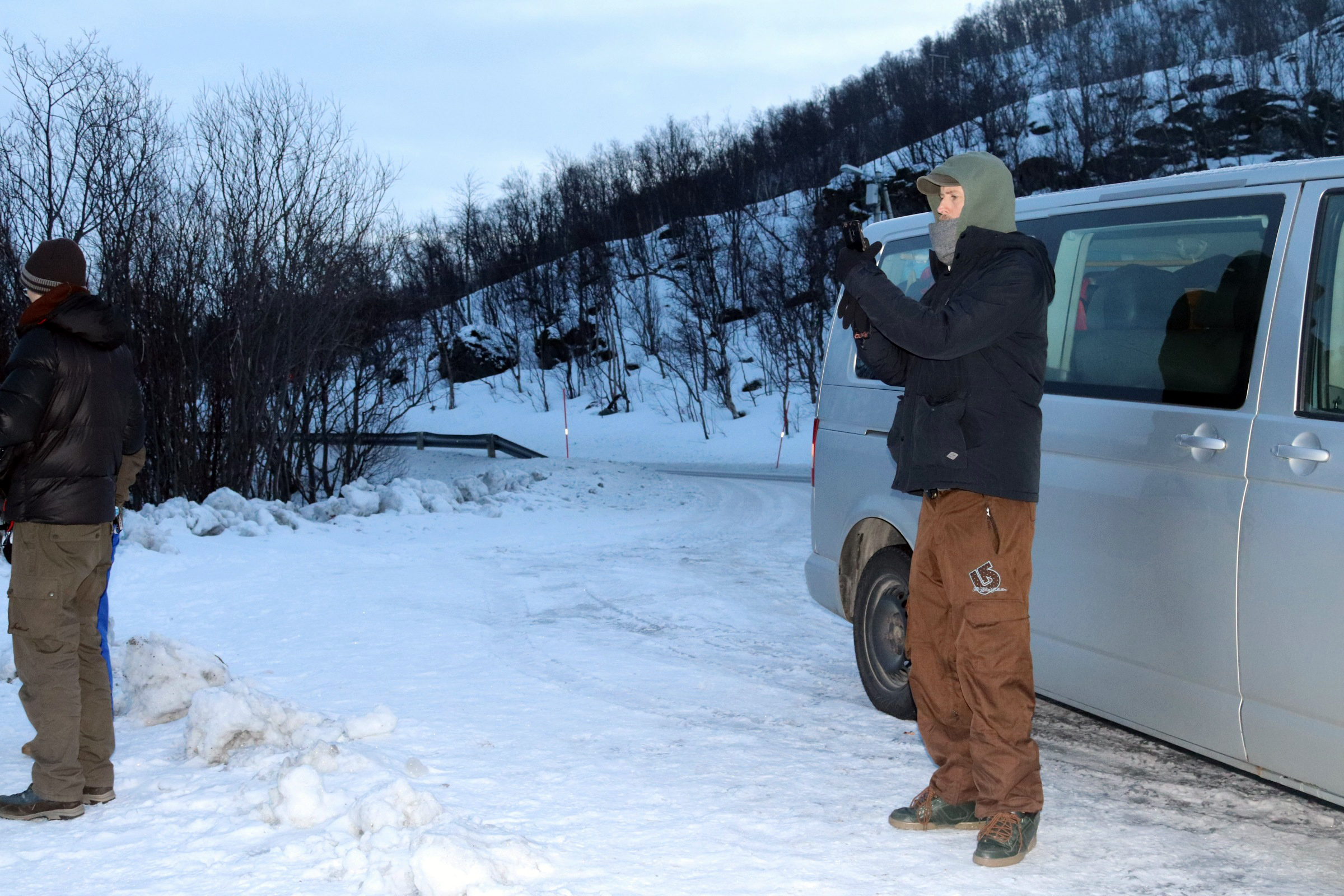 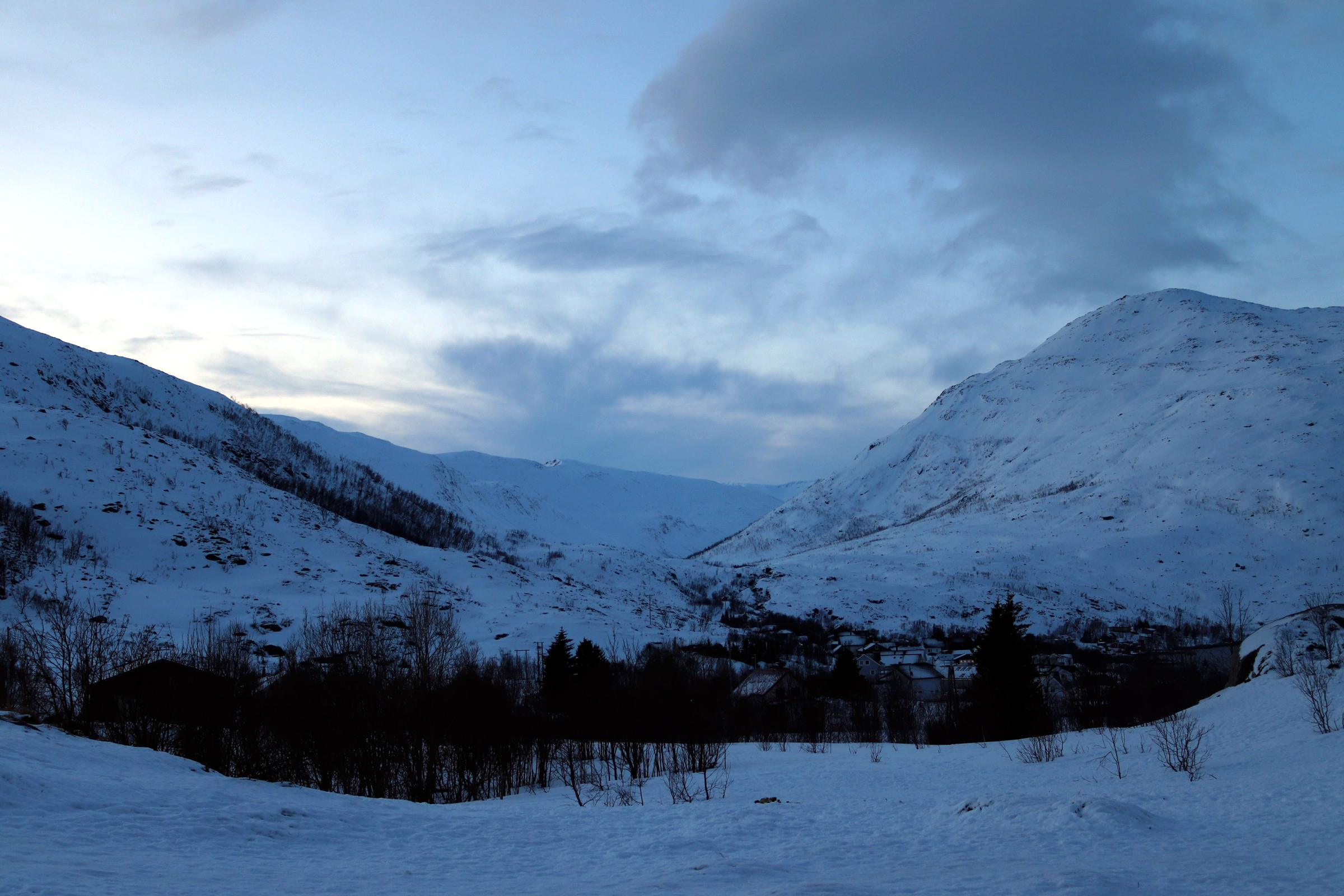 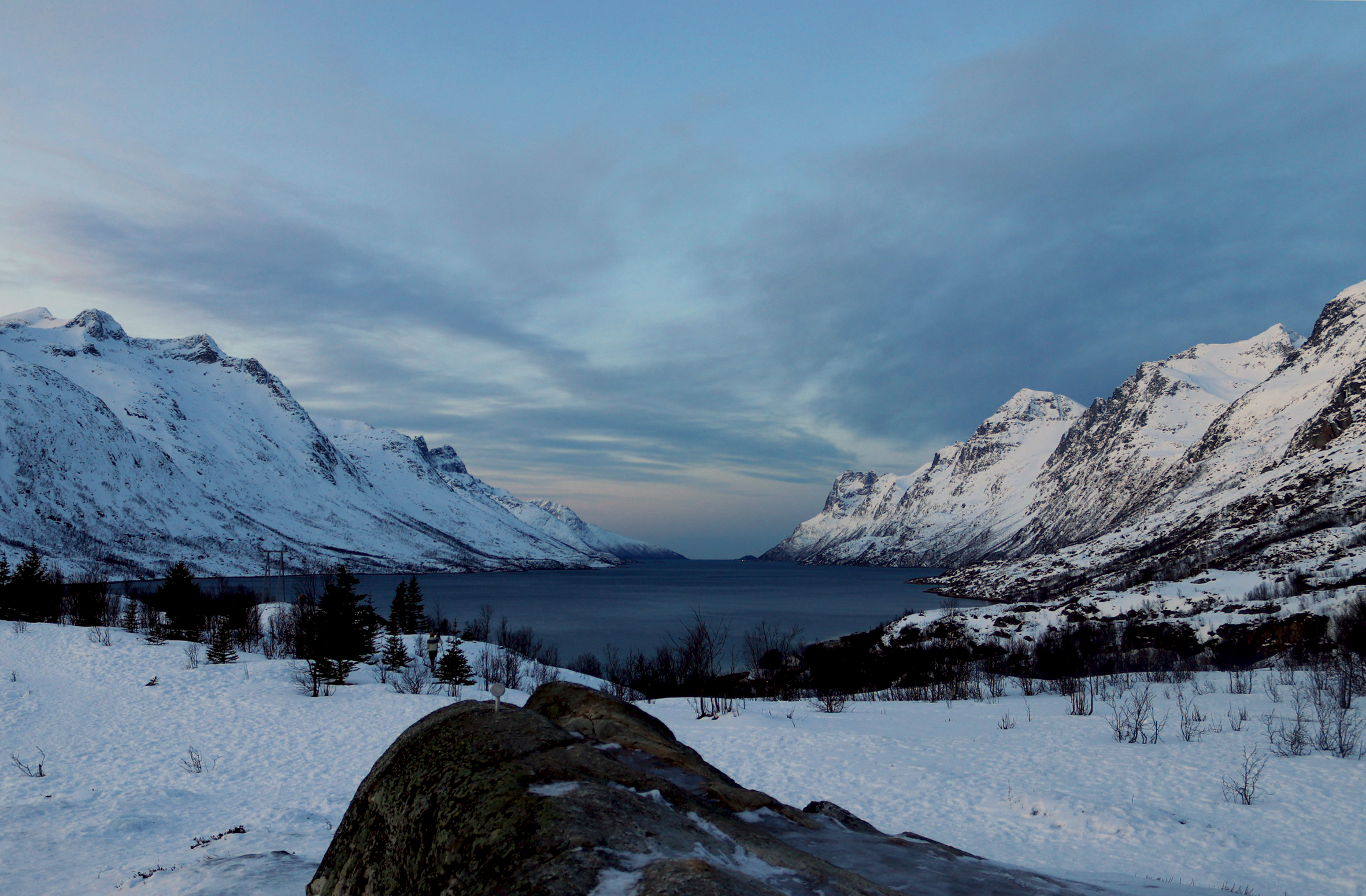 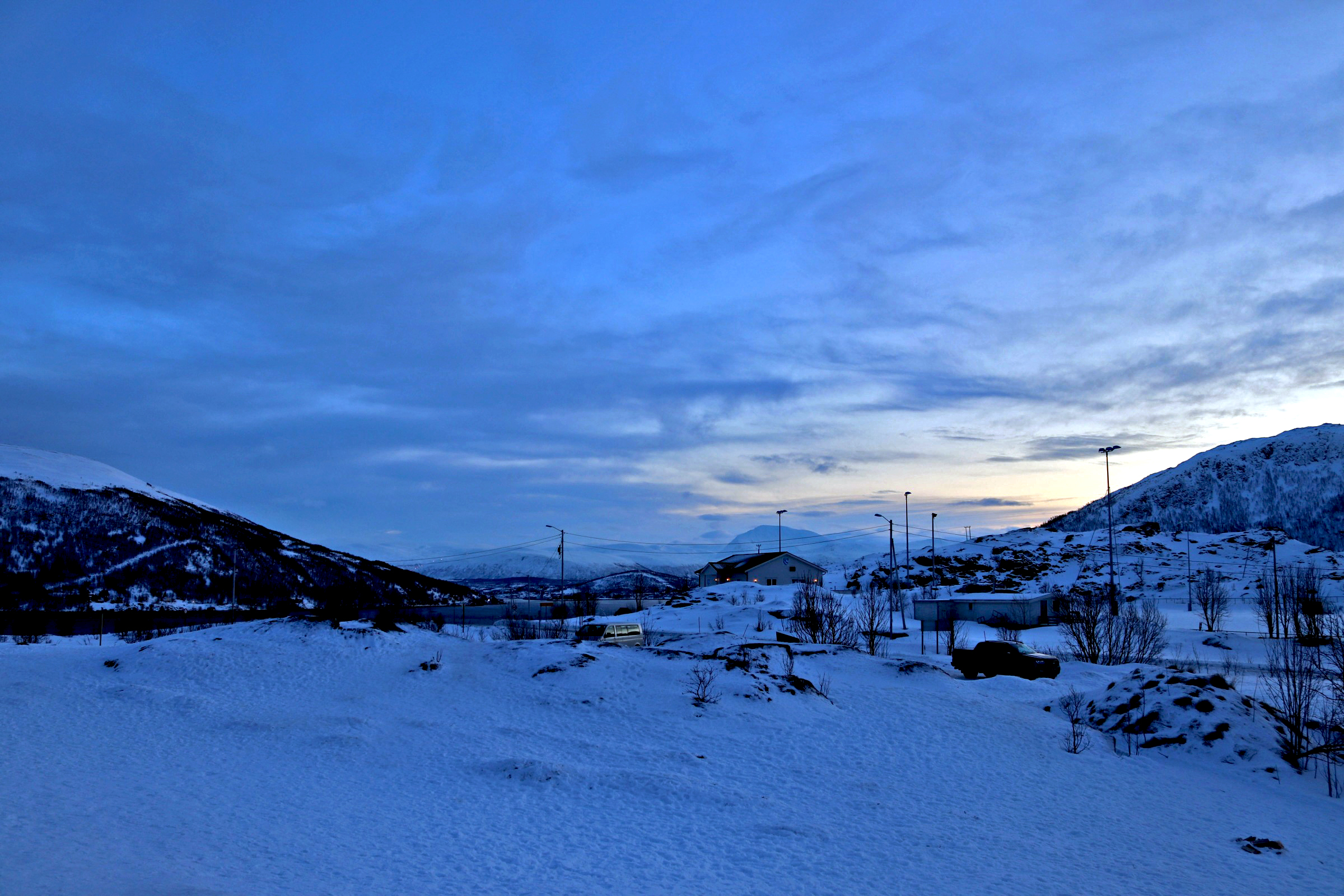 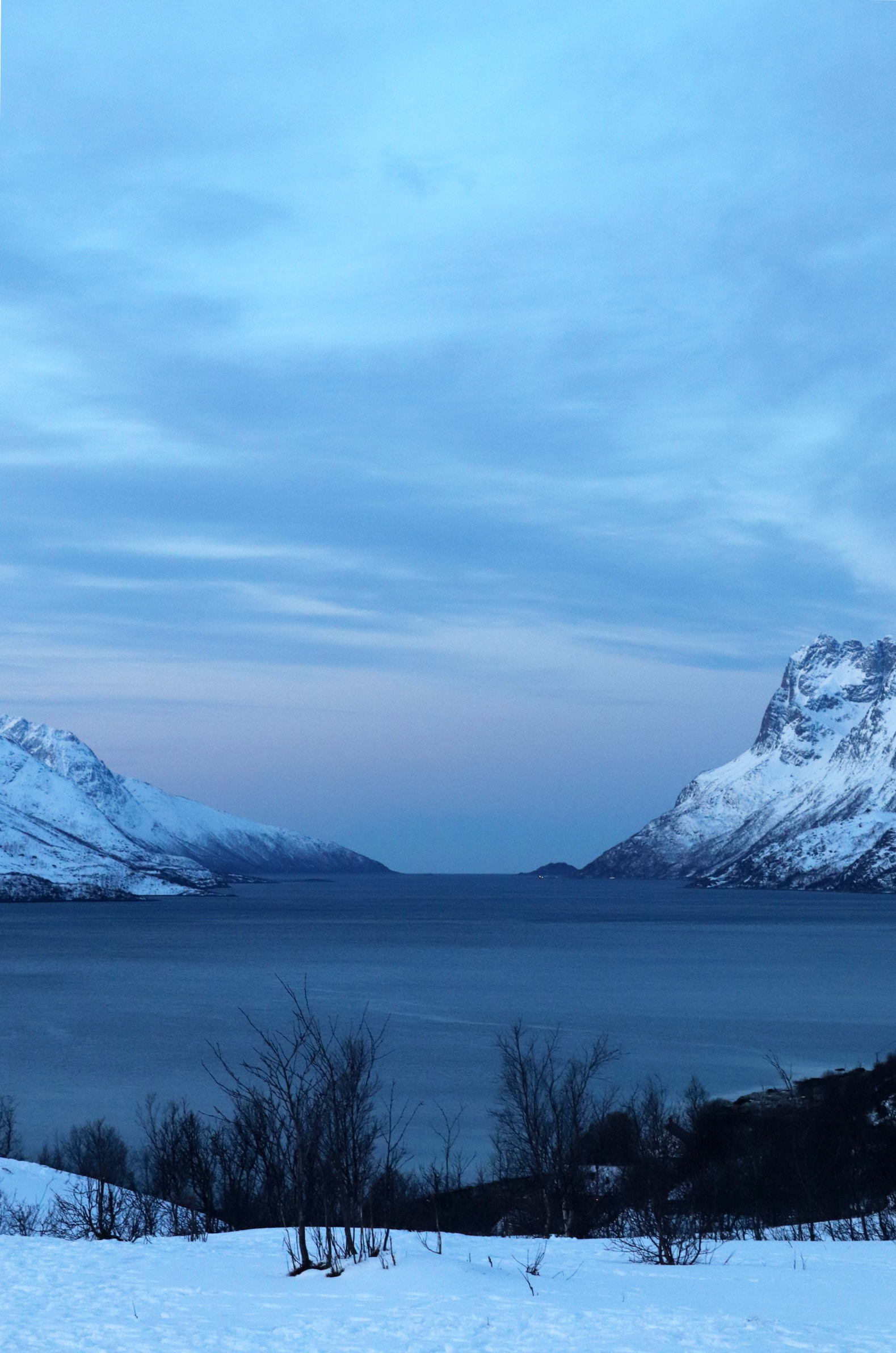 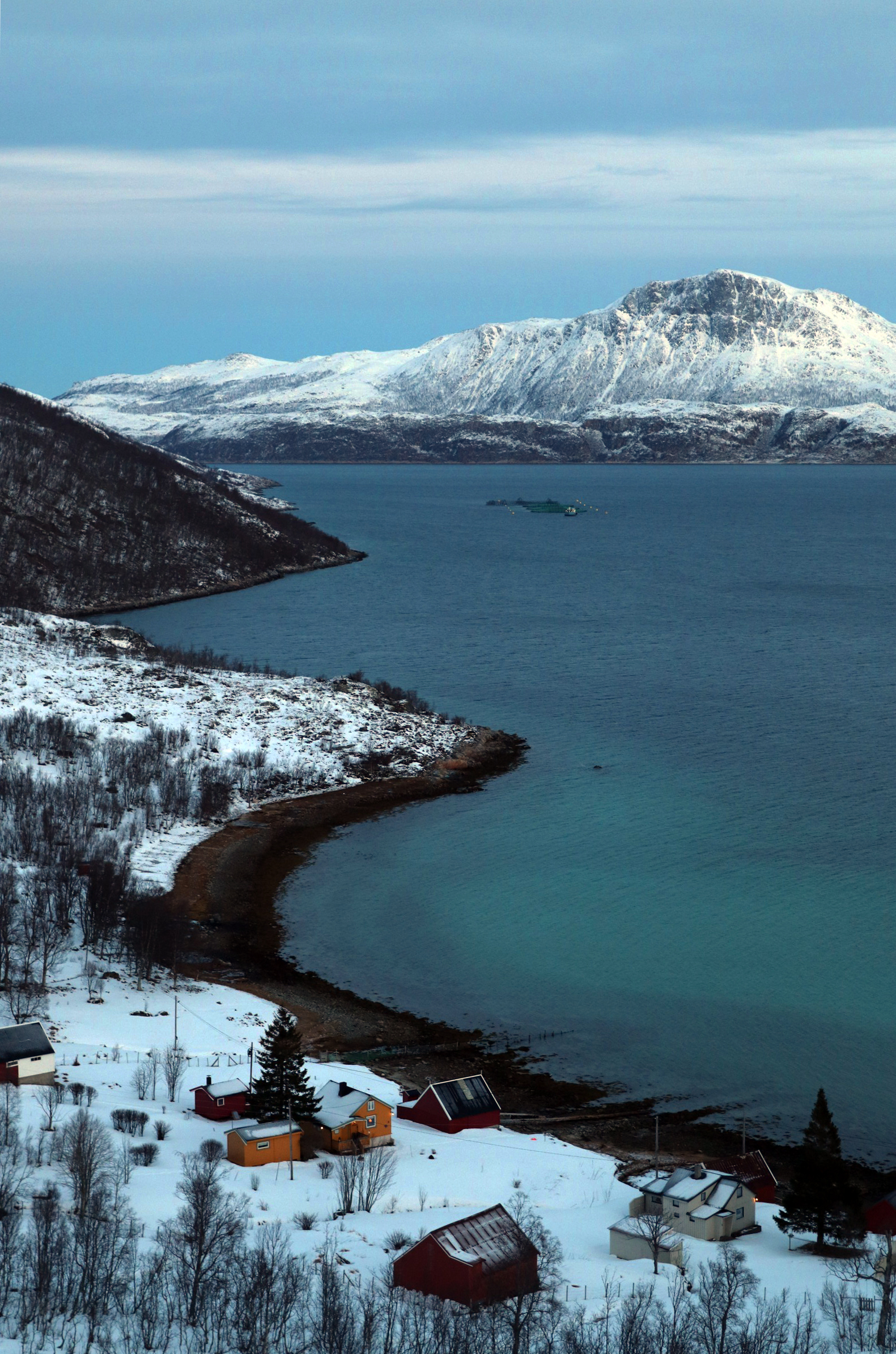 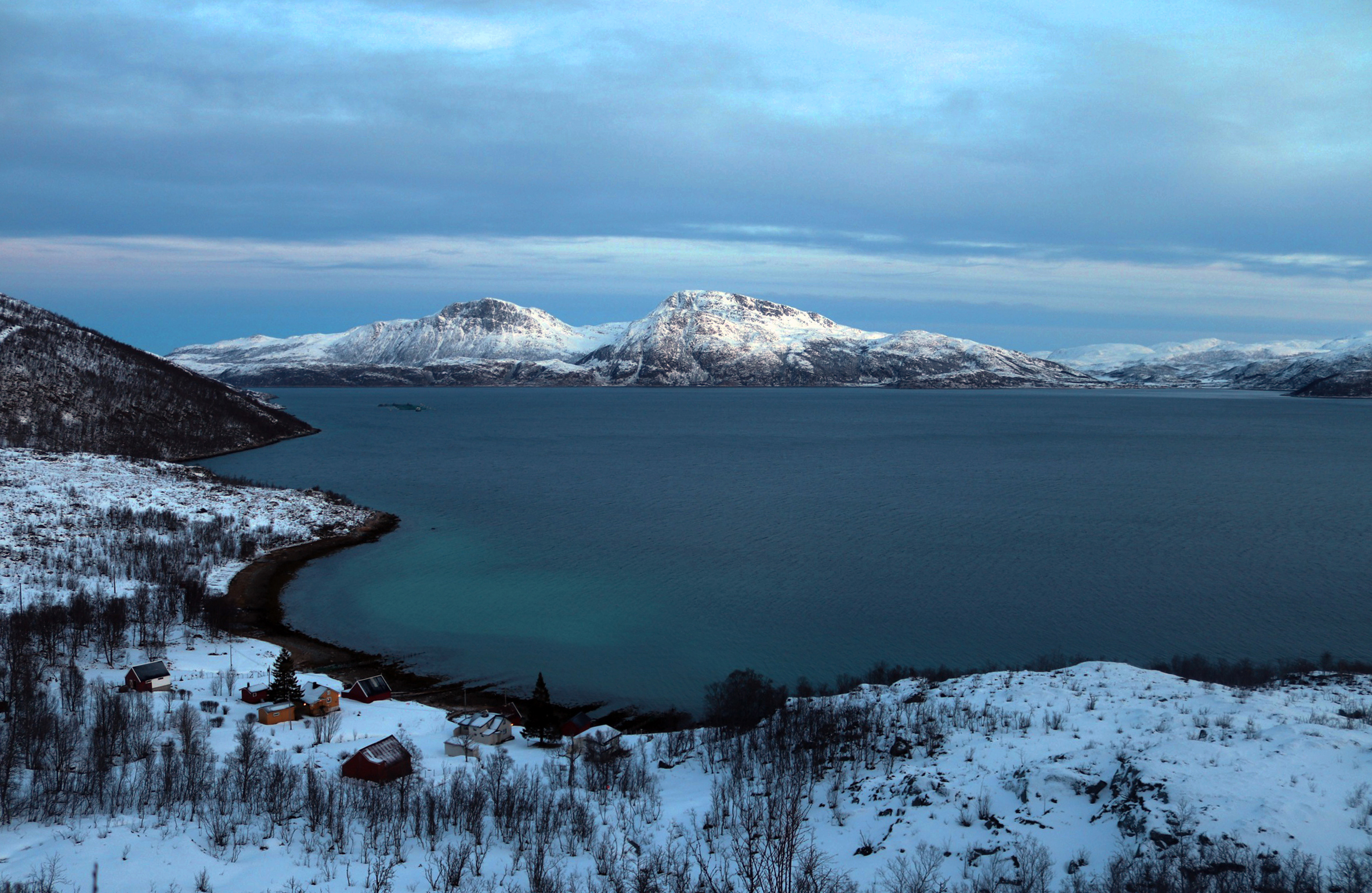 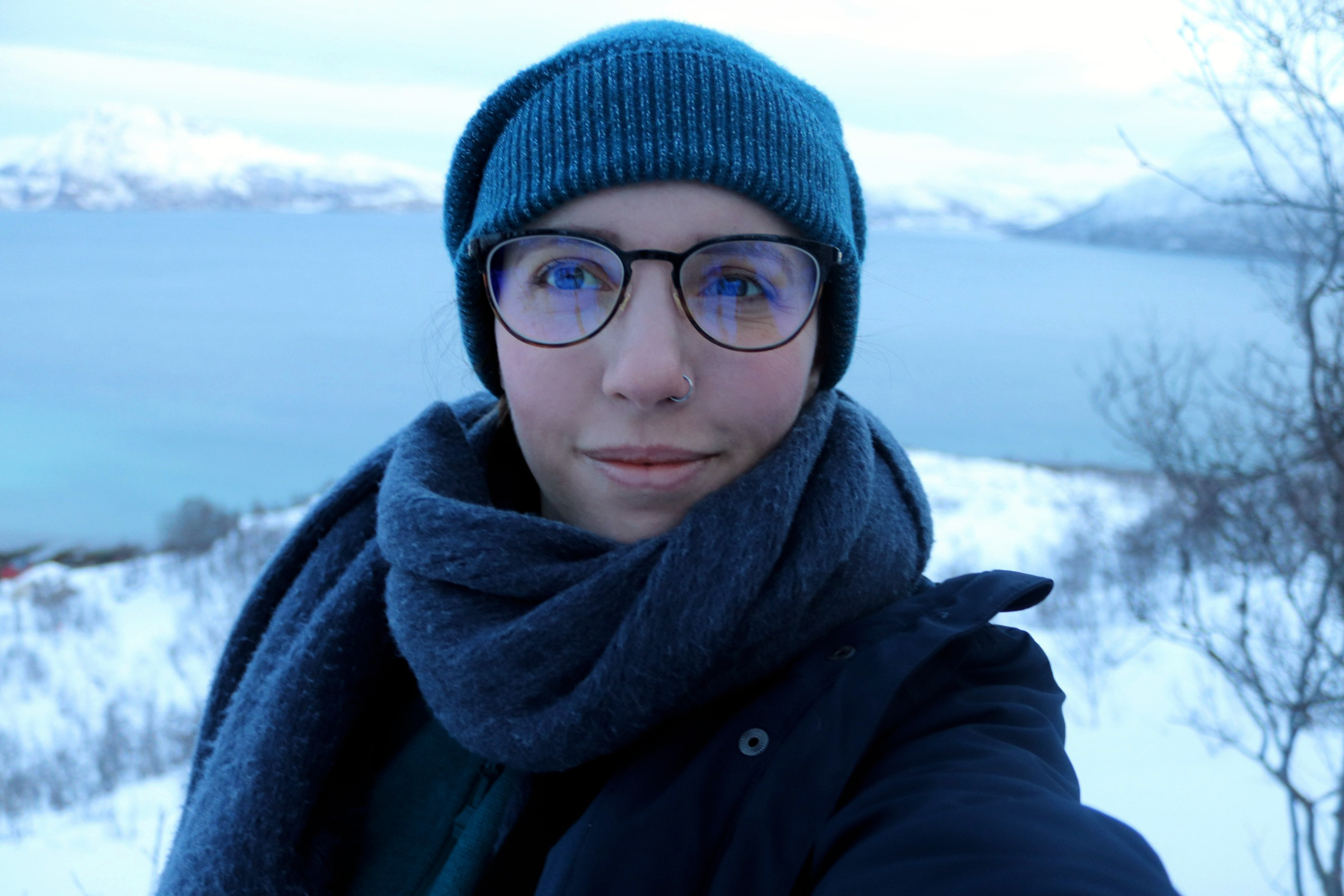 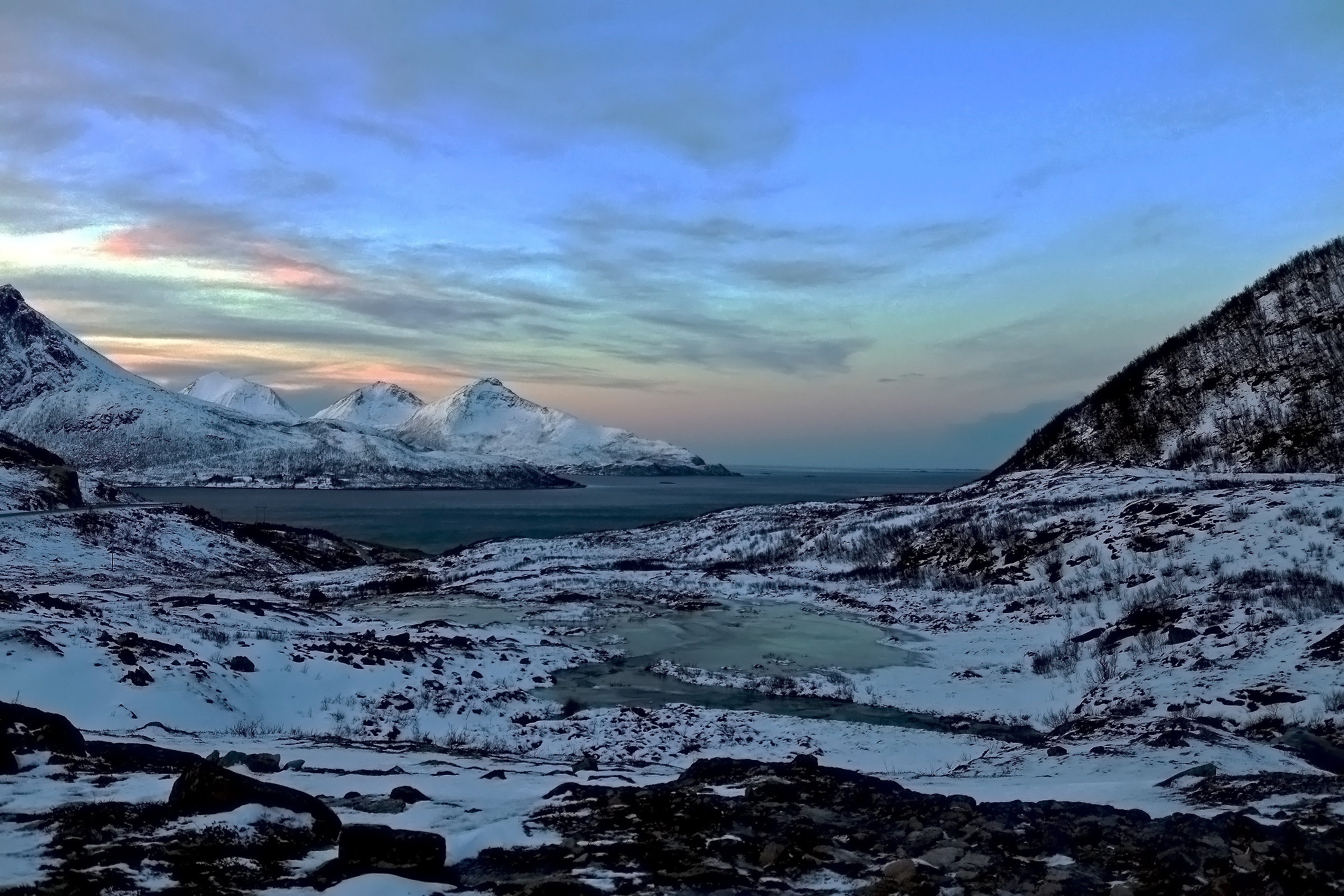 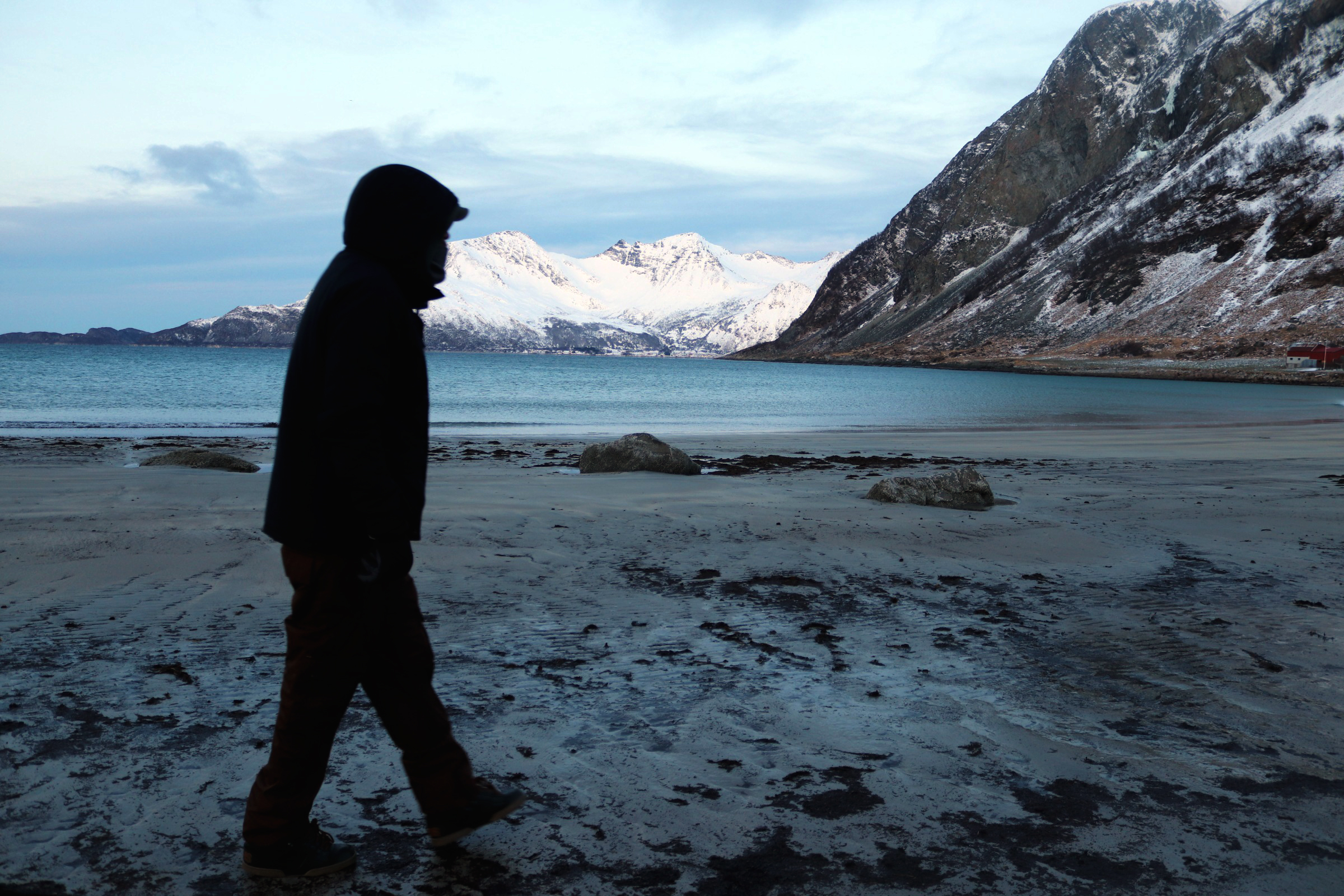 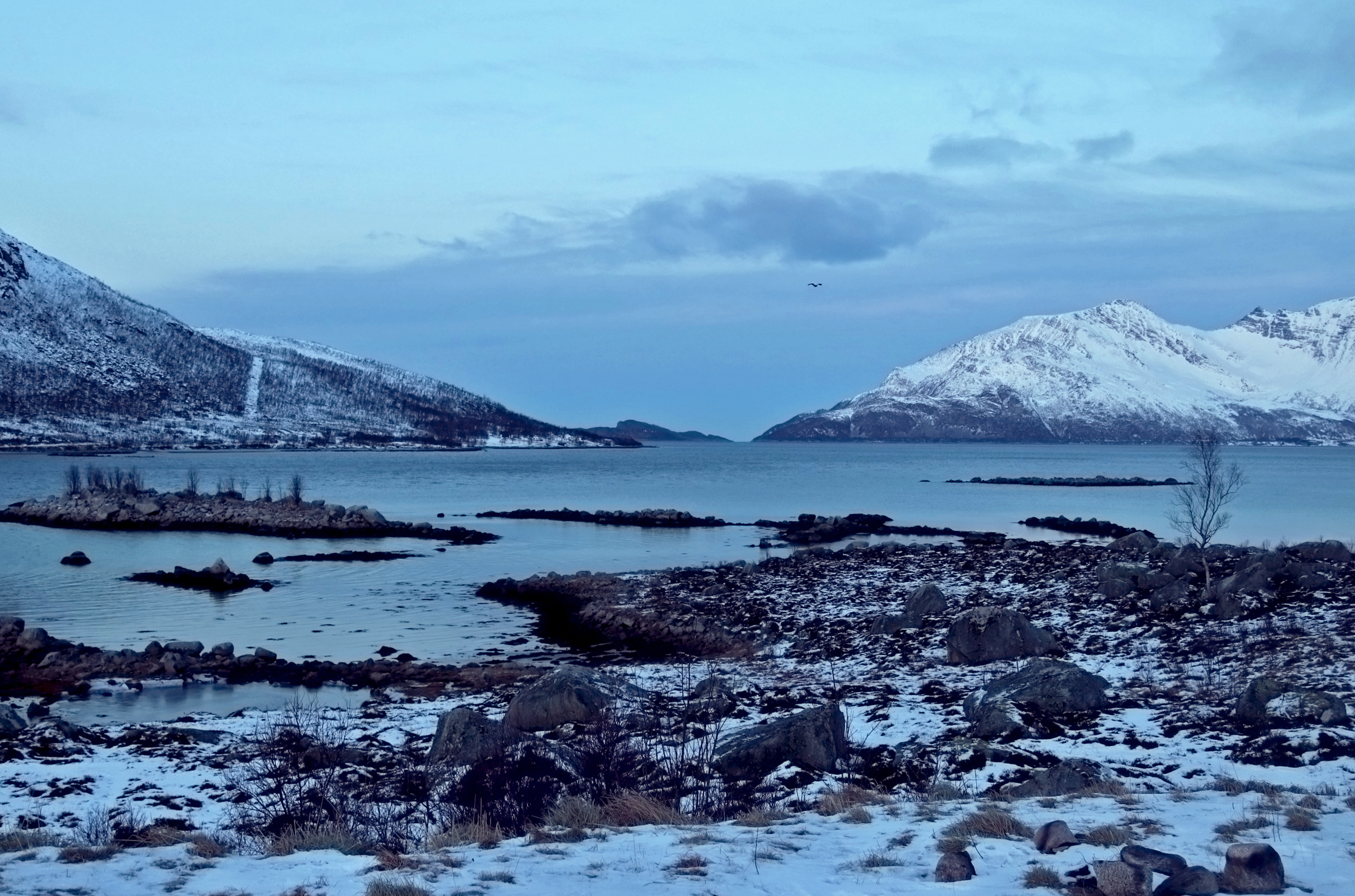 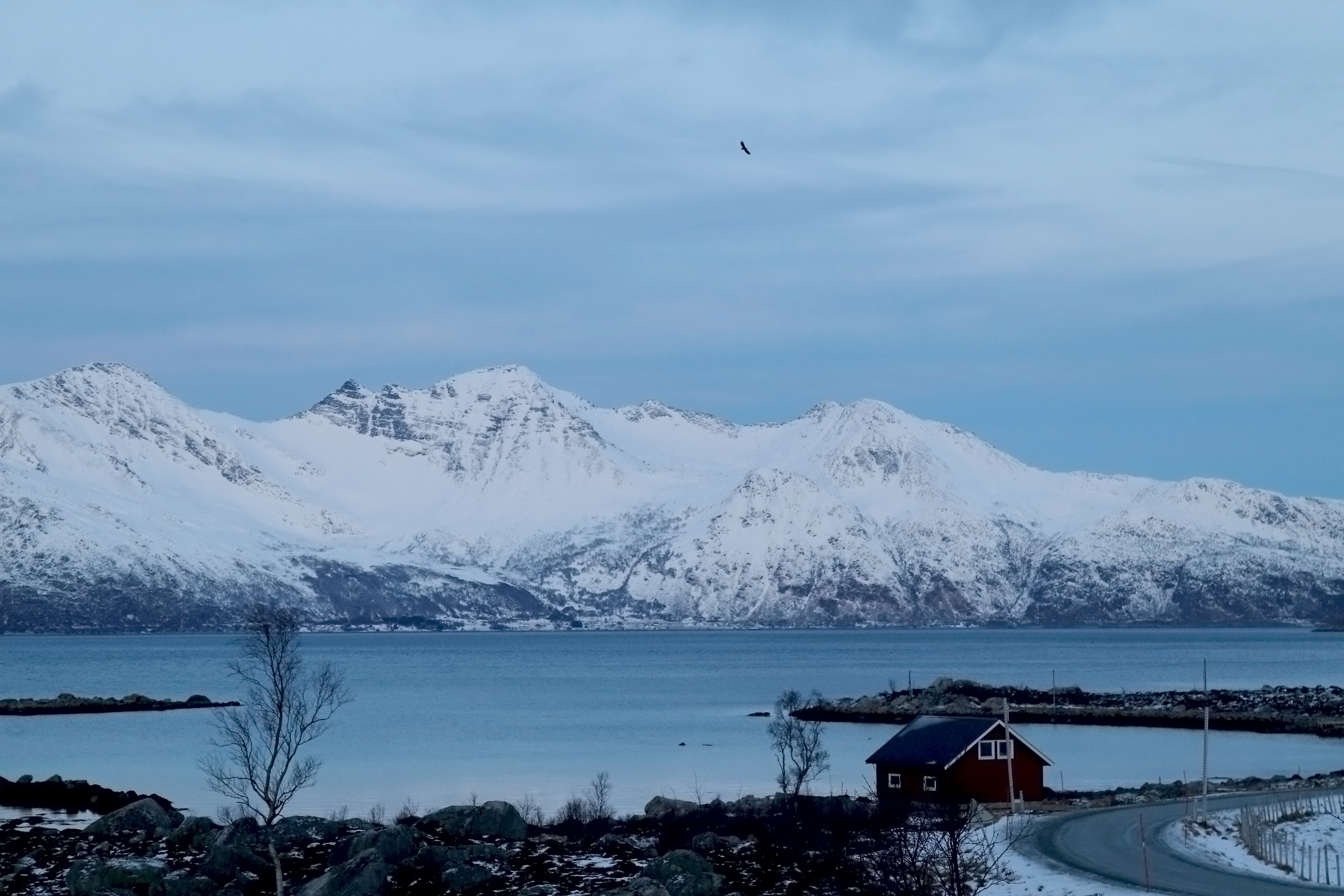 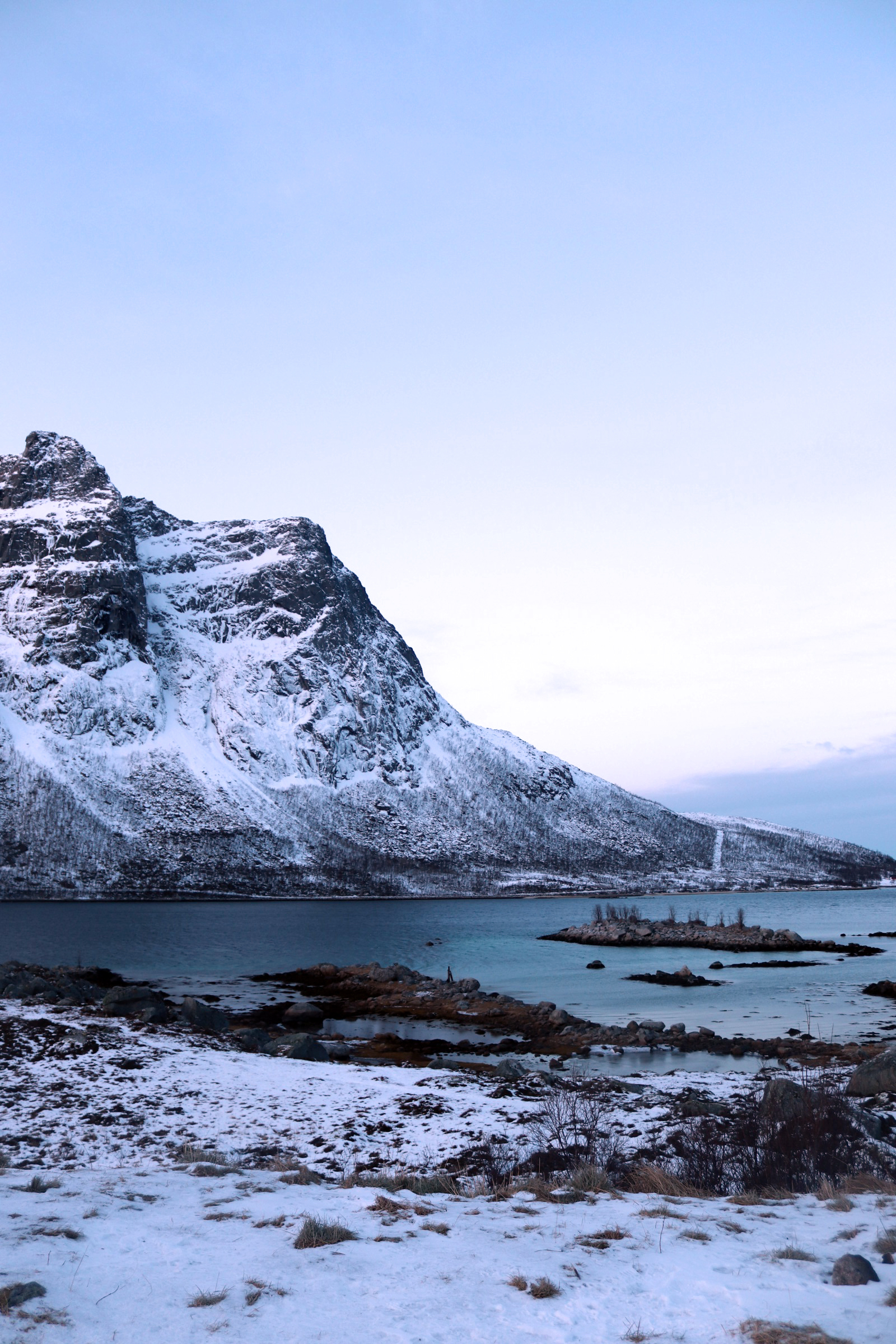 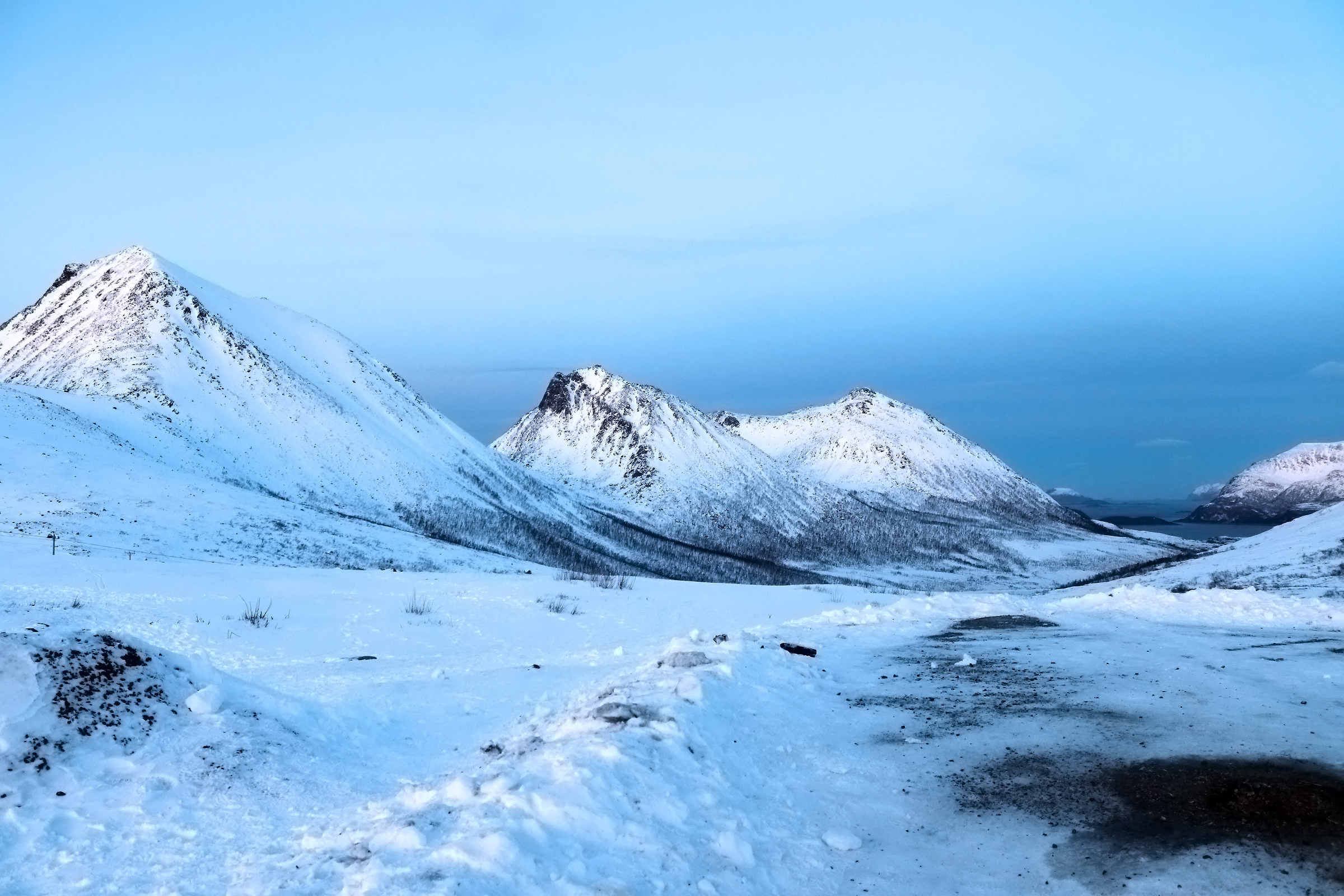 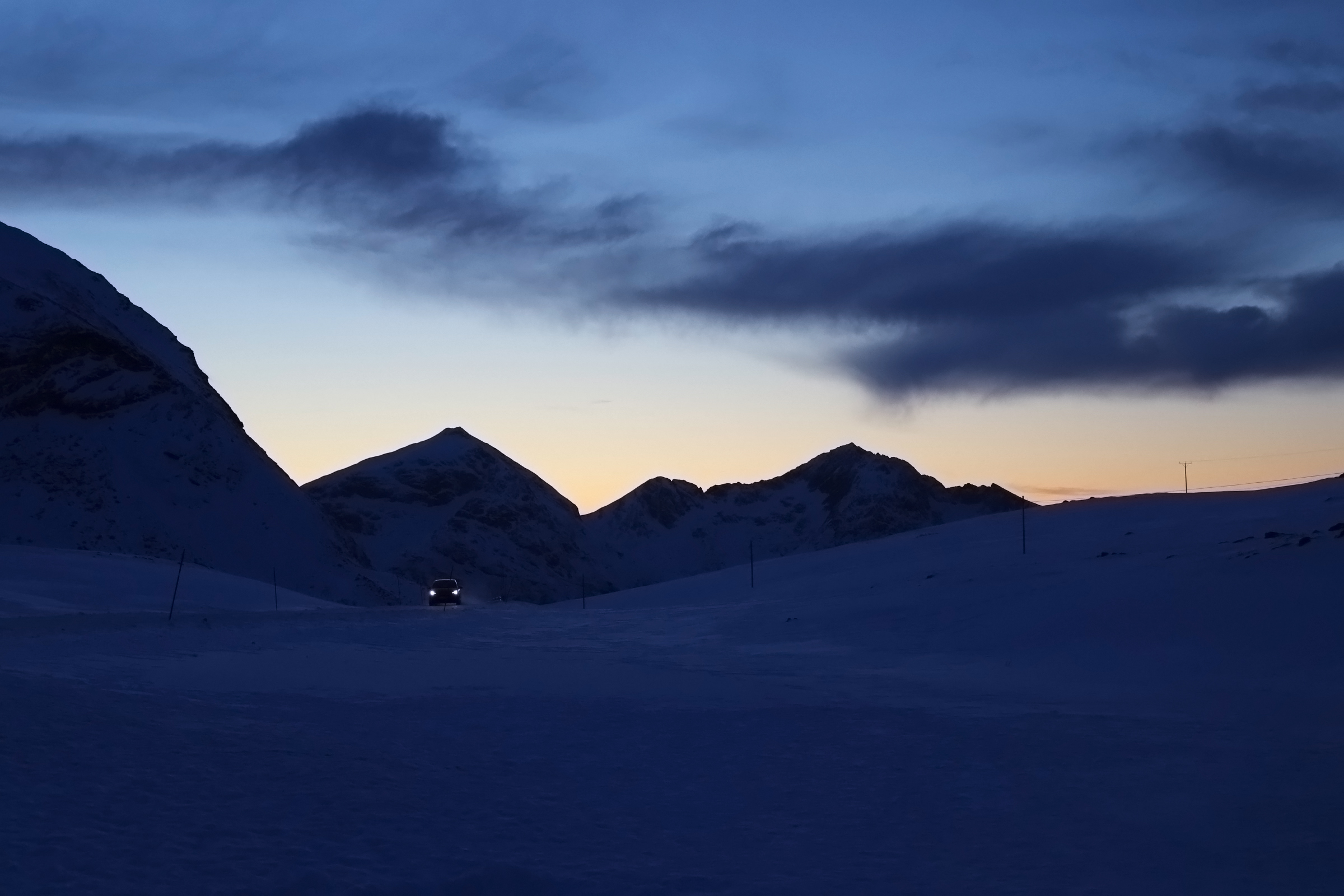 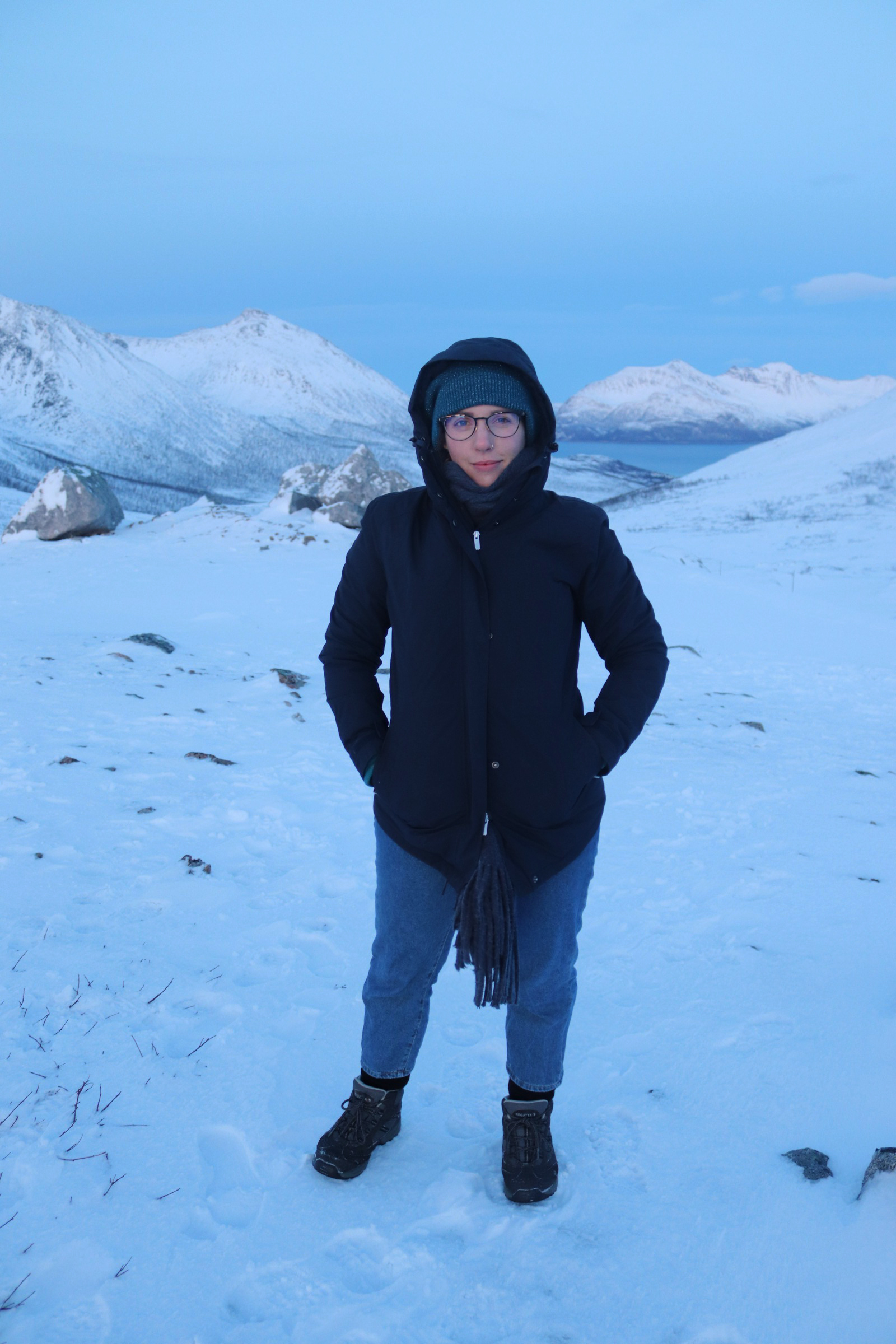 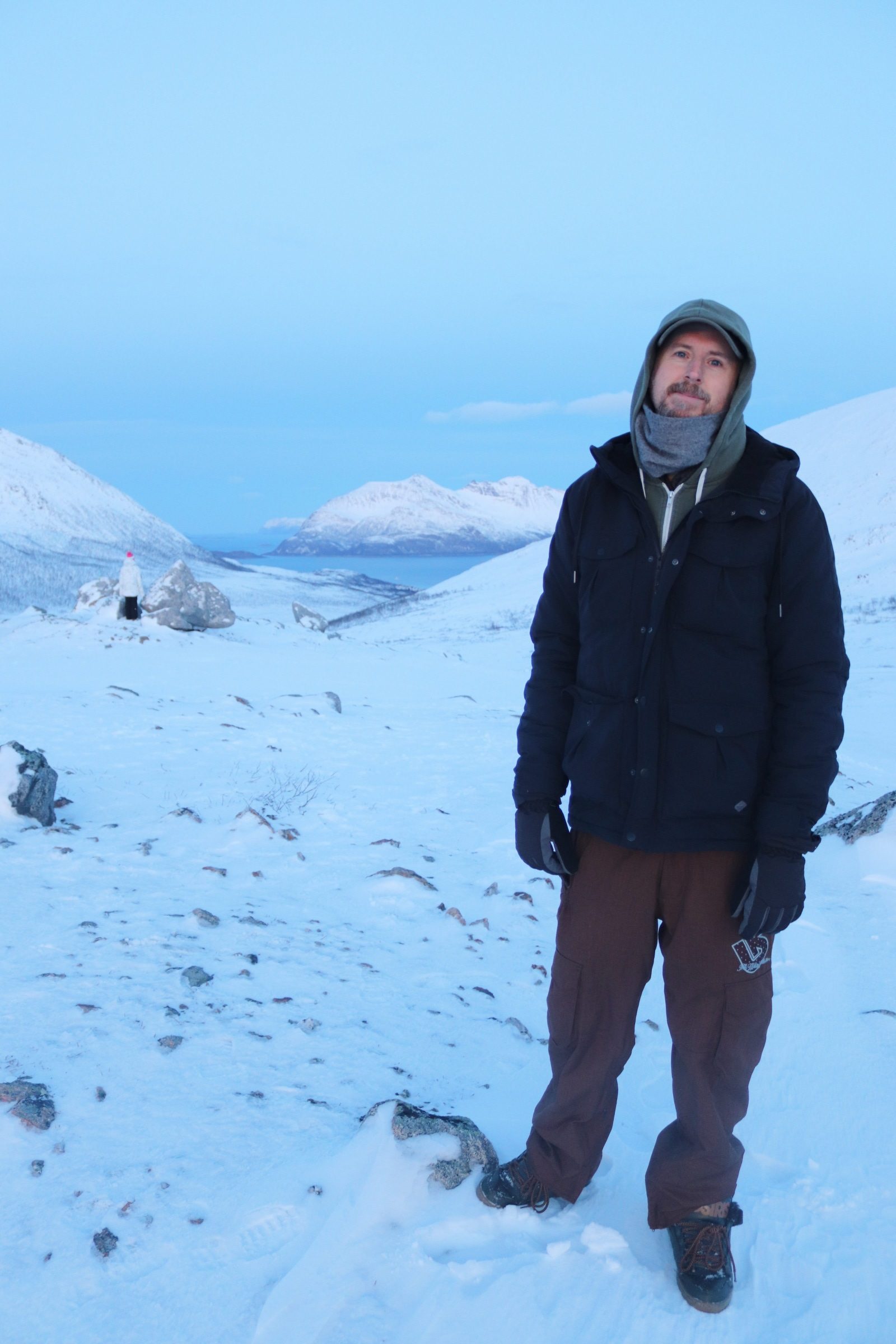 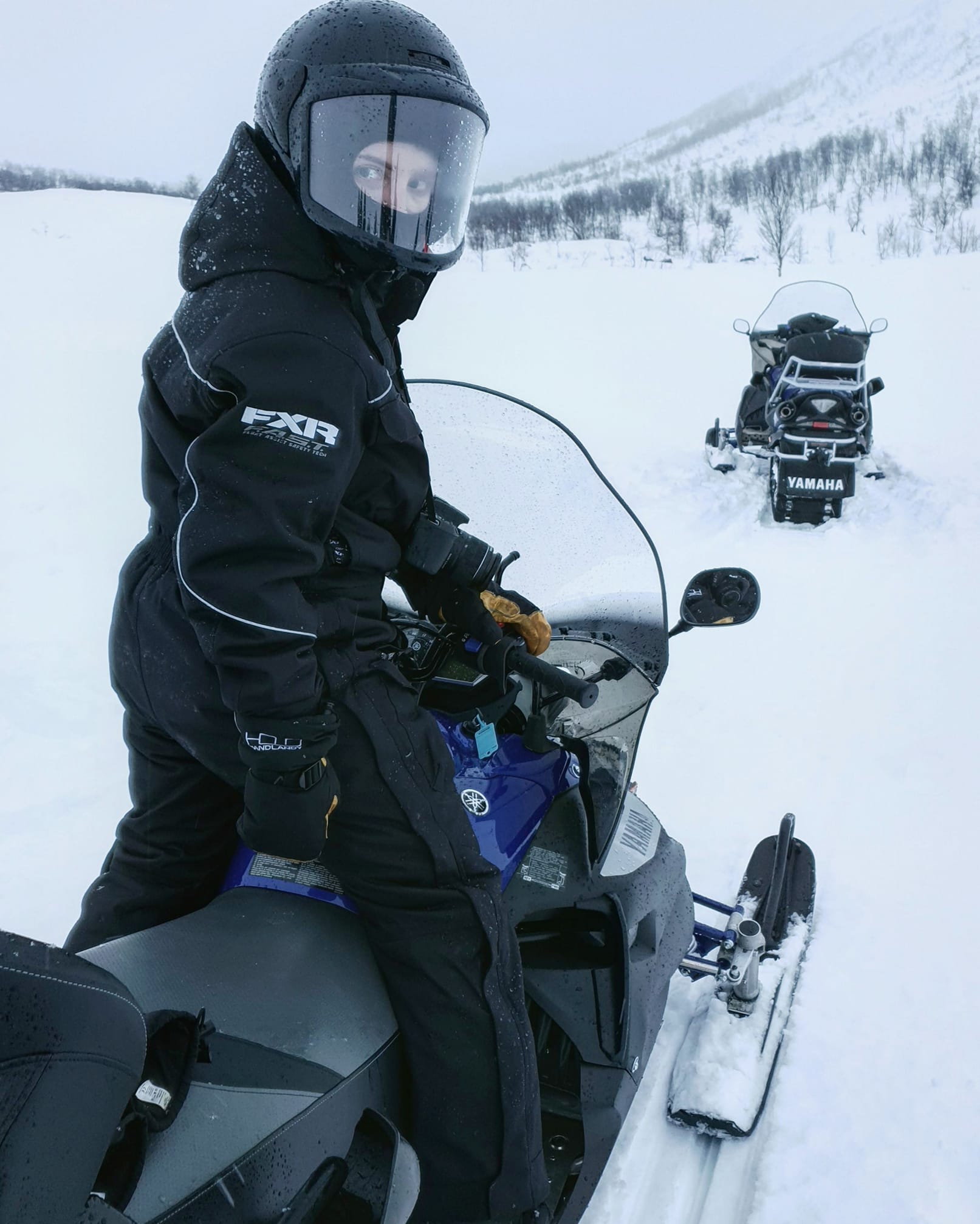 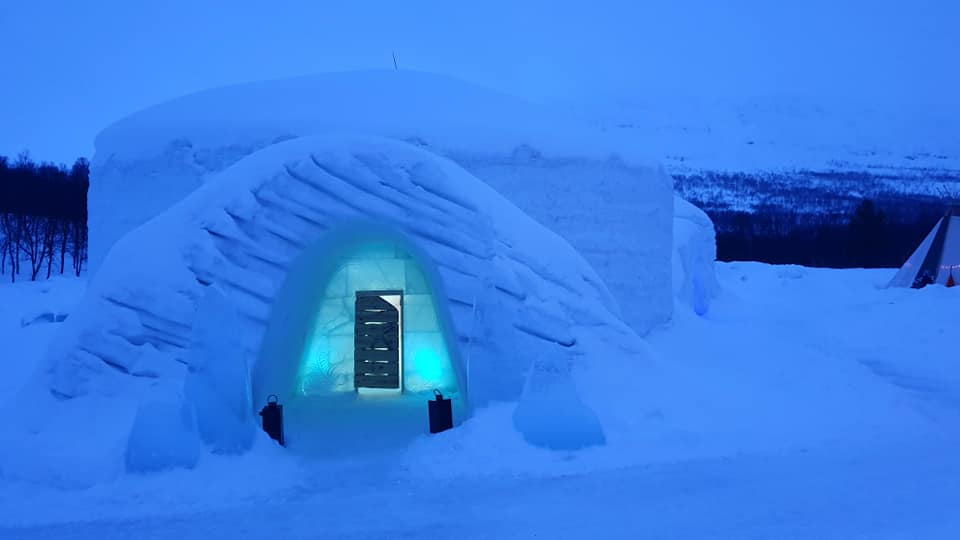 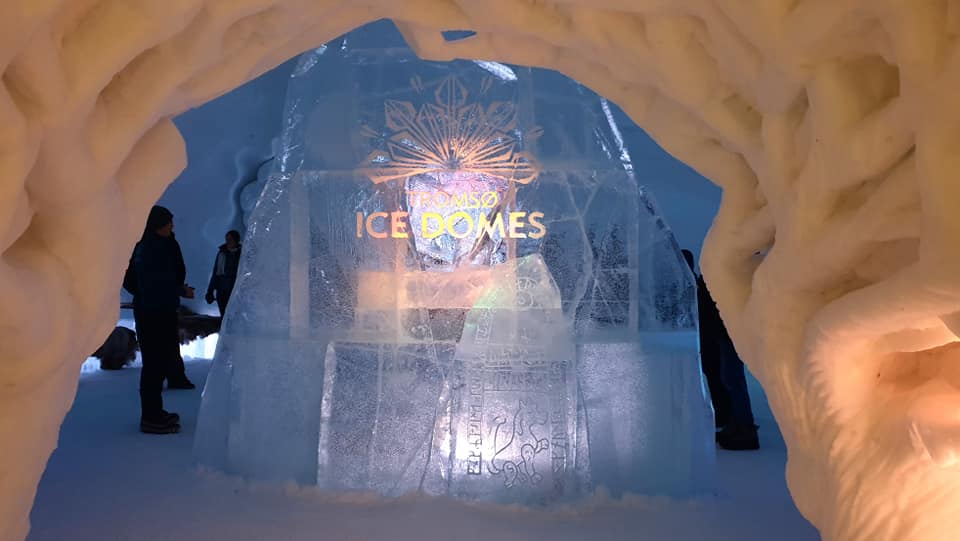 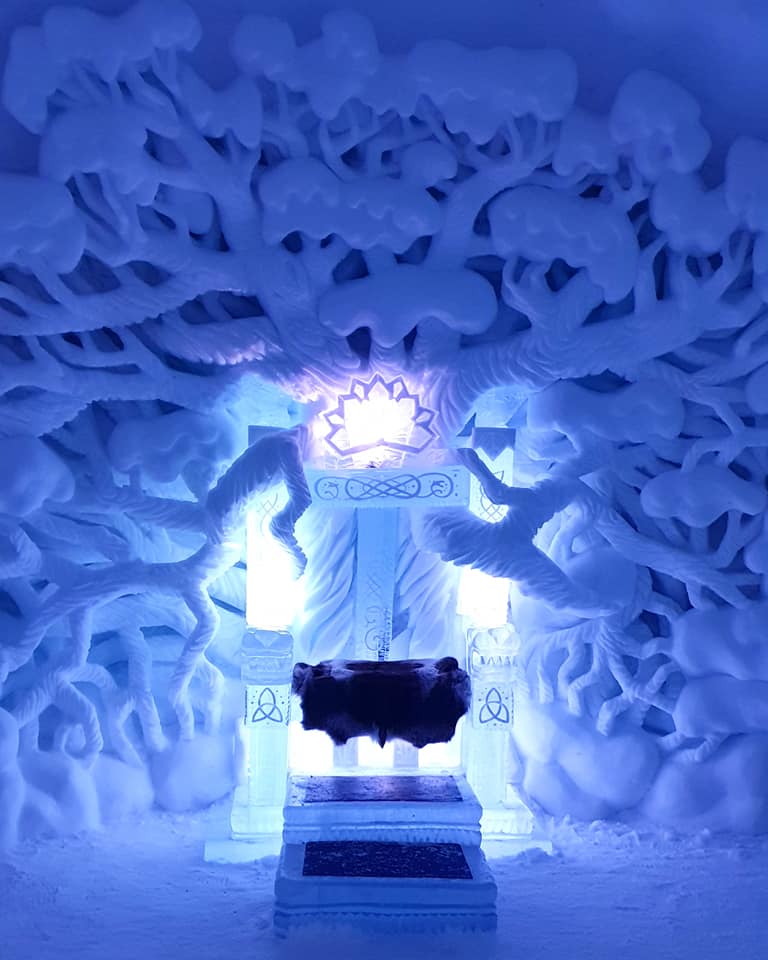 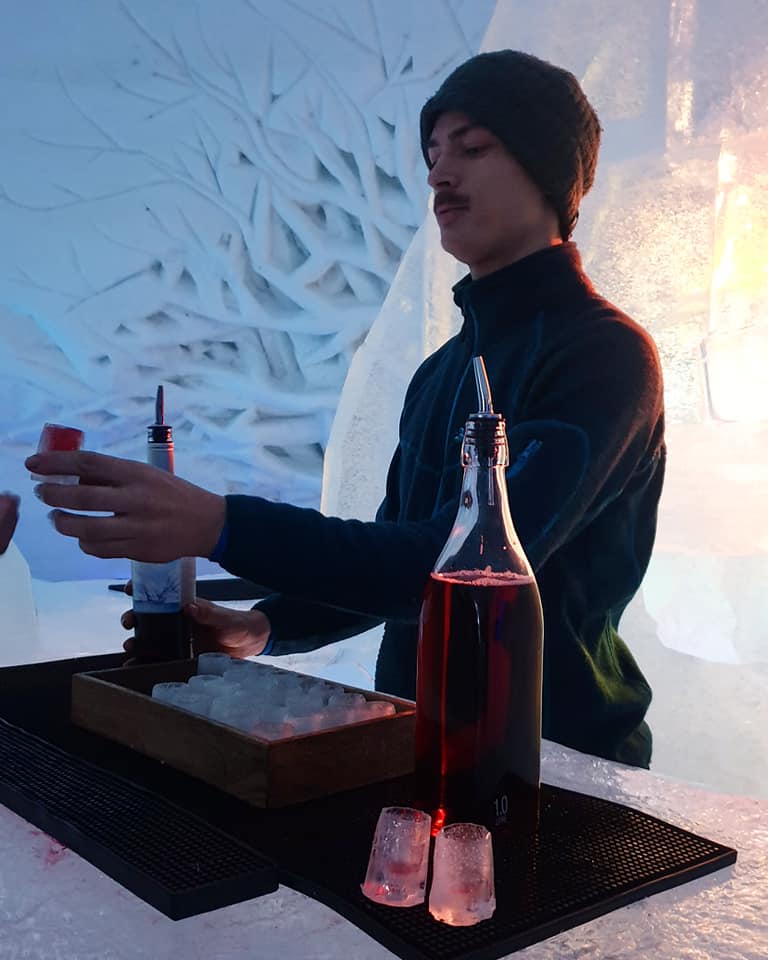 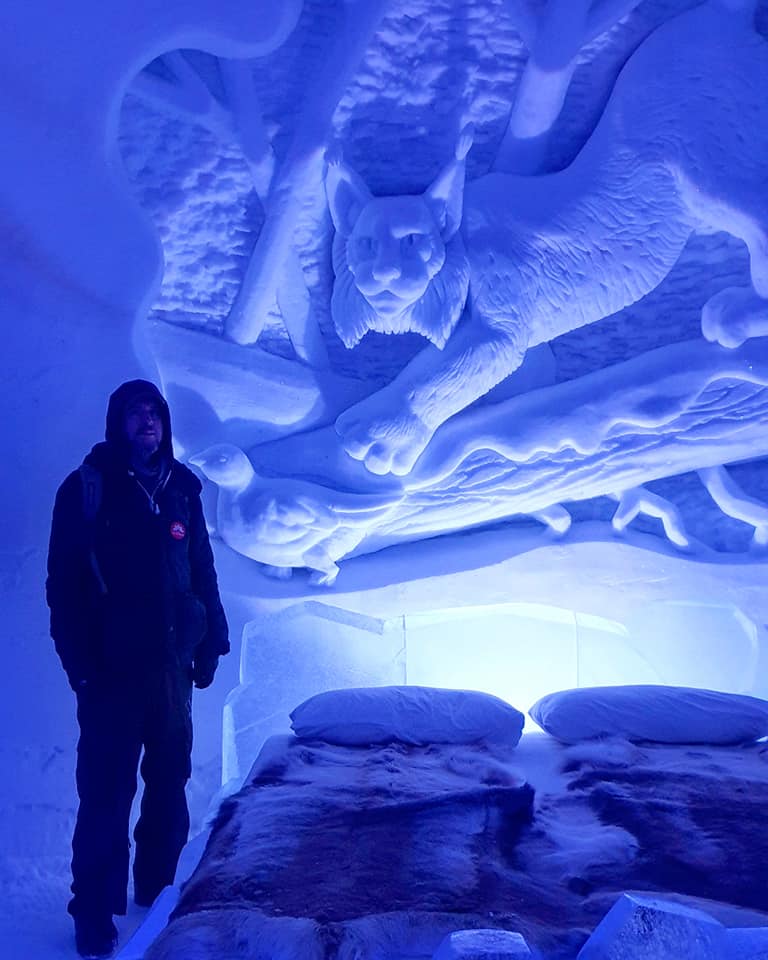 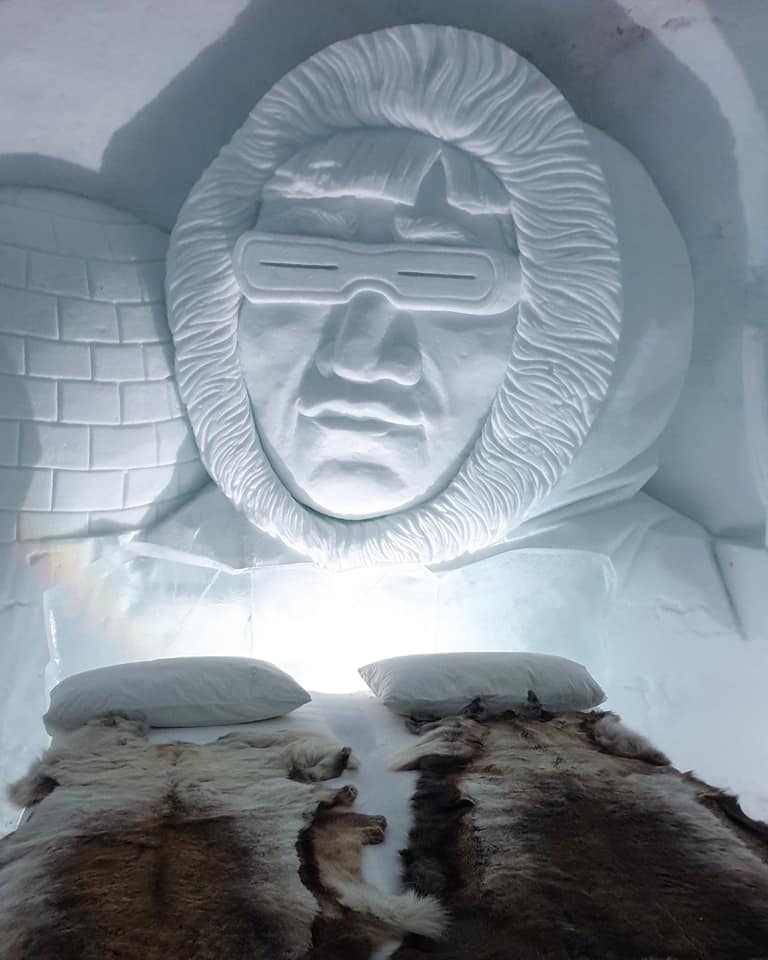 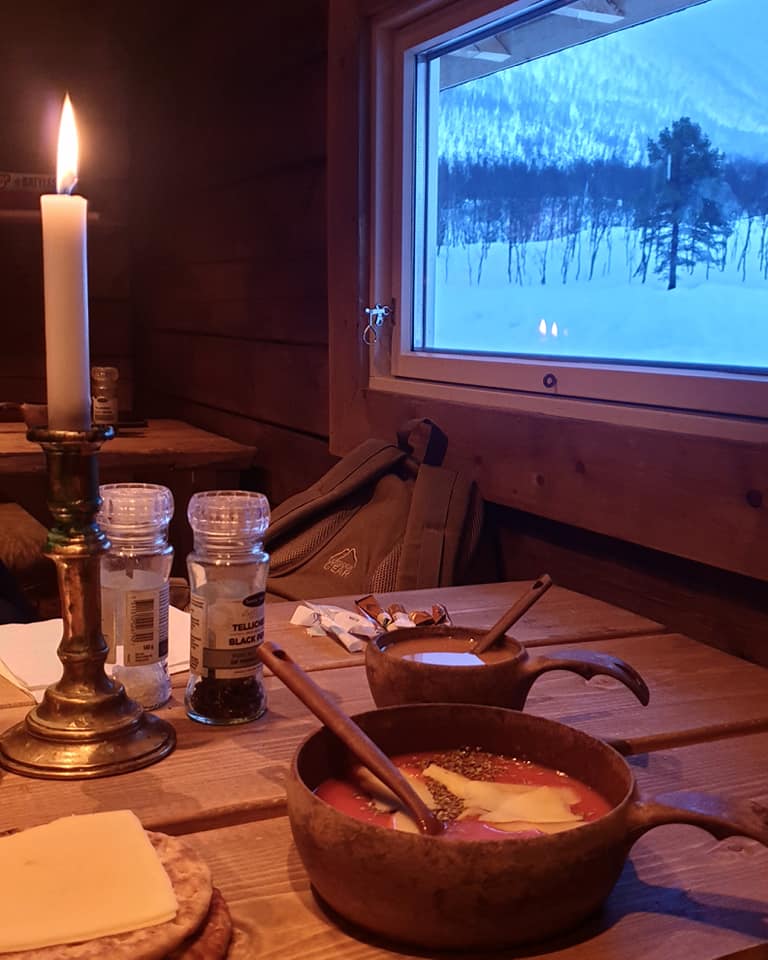